A Kiddo’s Guide to Measuring Weight

Everyday life offers many opportunities to teach children about measurement. Measuring and comparing weights is something we do regularly in our daily routine without realising. For instance, at a grocery store you pick dry items for the pantry based on their weight. Similarly, you also run a rough approximation of weight before you knead dough for your daily bread.

How to Measure Weight

Start teaching children how to measure weight by introducing the lingo first. (This is the basic premise of the STEM approach to learning.)

Use words like heavy and light to compare weight. Do a simple activity to make this concept clear. Ask your child to hold an apple in one hand and pencil in the other. Explain to them how a pencil is comparatively lighter than an apple. Building on the example, go ahead and explain how heavy and light are comparative words used for measuring weight. 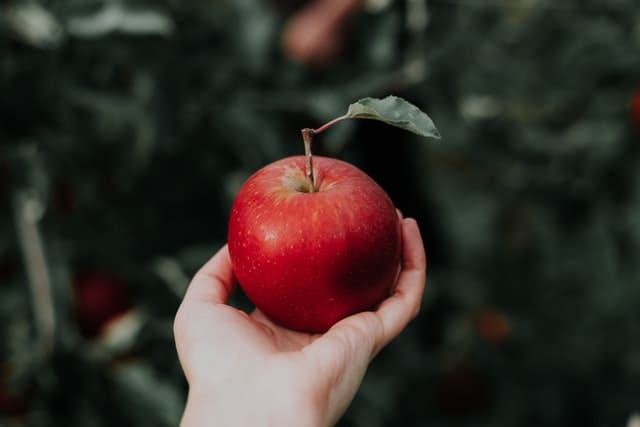 The next step towards teaching measuring weight is to explain what exactly is weight (cue for kids to don their engineering hats here). On a general basis when we refer to the weight of an object, we are actually referring to its mass. Mass is the amount of matter in a body. For convenience the terms mass and weight, though different, are used interchangeably in daily life. To keep things simple and easy to understand for kids, we will use weight as an equivalent of mass.

Following the above stated assumption, we can say that things that have more matter are heavier and those that have lesser matter are lighter. Explain to your child that this is not necessarily related to size. A bigger object can be lighter. Like a beach ball is bigger than a baseball but certainly lighter.

Want to know what other things you can measure? Get your own Measurement Journal here…

How much is a Kilogram?

A baseball bat weighs nearly a kilogram. A big bar of Amul butter weighs half a kilogram (kg) or 500 grams (g). A small paperclip, on the other hand, would weigh only one gram!

(Side note: A pound is written as lb, which is short for “libra” — Latin for scale or balance. You can read more about the pound as a unit of mass here.)

You might wonder how it all began. Like they say, “Necessity is the mother of invention.” As farming brought in settlement, people needed to barter goods to meet their needs. Even the earliest civilizations needed tools for measurement and quantification for this early form of trade. Imagine trading wheat for rice, how would you solve the problem if you had no specific measurement of weight.

However, these units varied from civilization to civilization. So a more standard, homogeneous unit was needed to trade between different societies. This gave rise to somewhat standard units of measurement. However, different countries continued to use different units until 1954. It was only in 1960 when the International System of Units was adopted and with it “kilogram” was recognized as the formal unit for measurement of mass by all the signatory nations.

The 10 Heaviest Animals of the Planet

Bigger, the better! That’s what rules in the animal kingdom. And when it comes to weight, bigger beasts top the charts. Here are 10 heaviest animals of the world.

Blue whale is not only the biggest animal in the world but also the heaviest one. Its tongue alone weighs as much as a fully-grown elephant. For an estimate, a Blue whale can weigh almost 190,000 kg or 418,878 lb on a higher side. Now, that is massive by any proportions! 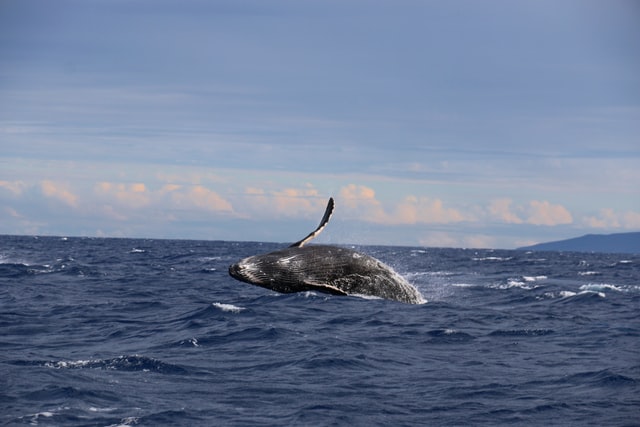 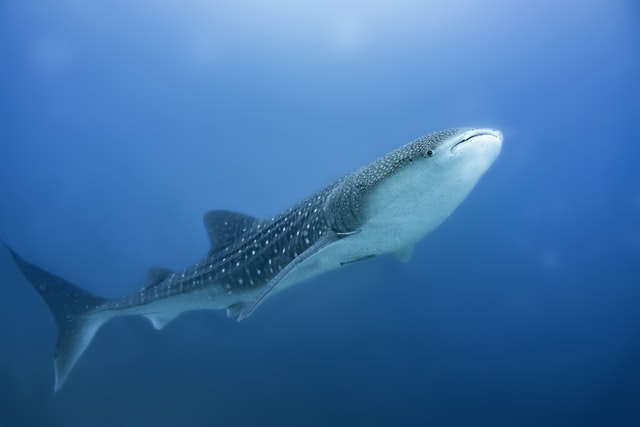 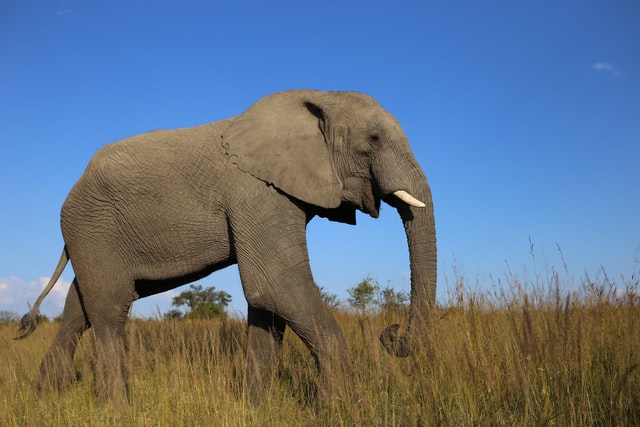 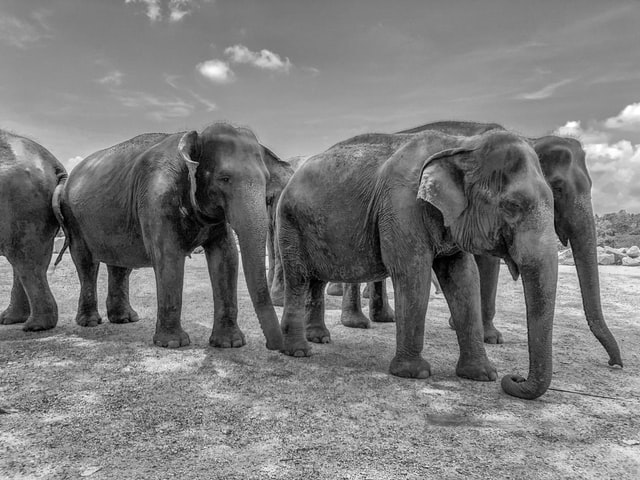 The critically endangered species — with only two female white rhinos remaining — constitutes the group of biggest land dwelling animals. They weigh nearly 3,500 kg (7,716 lb) and can grow up to 14 feet. 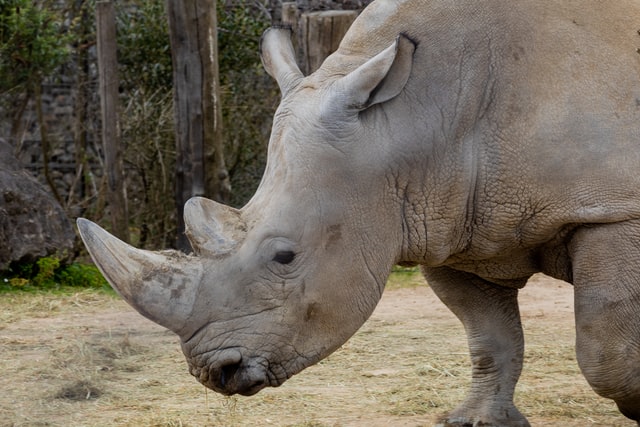 The sixth spot for the world’s heaviest animals goes to hippo, which packs a mighty 2000 kg in its approximately 14 feet long body. These herbivores are the third largest land mammals. 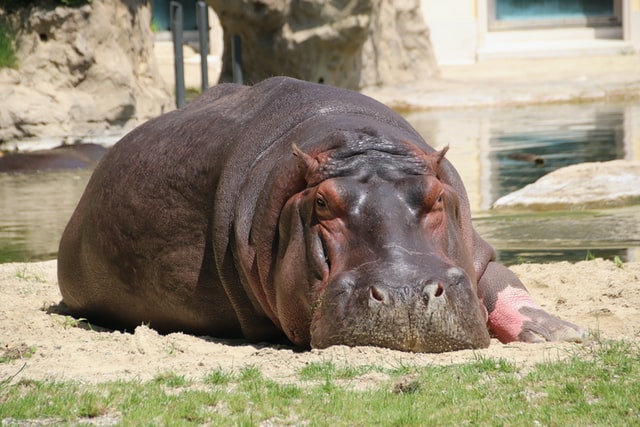 The tallest animal of Earth, Giraffe, measures up to 19 feet and can weigh as much as 2800 lb (1270 kg). Native to Africa, giraffes also have one of the longest tongues in the animal kingdom measuring 21 inches. 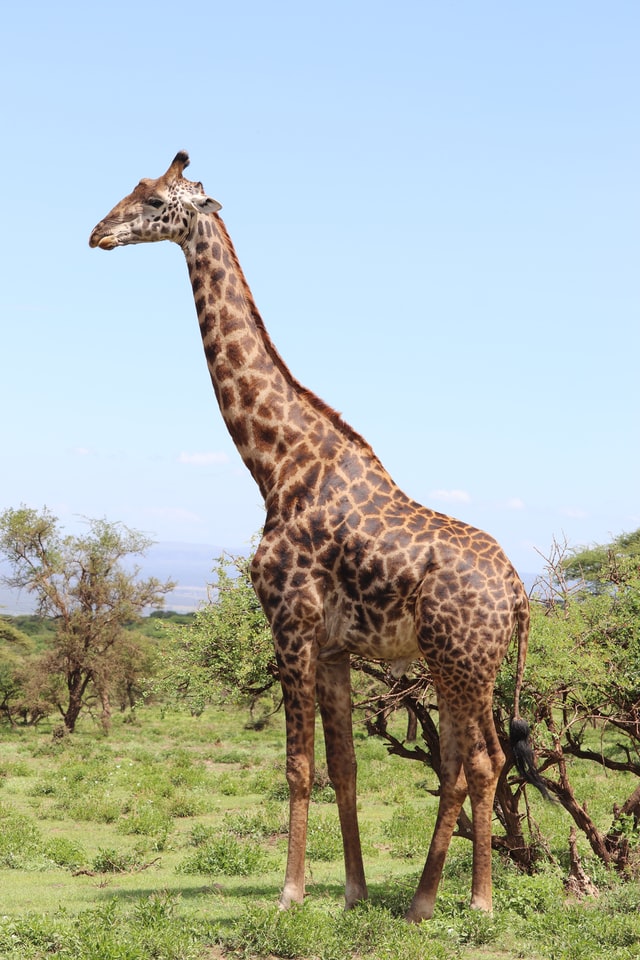 Also known as the Asian Gaur, Indian bison is the heaviest cattle in the world. Weighing up to 2500 lb, these large herbivores are recognized by the white band on their feet. 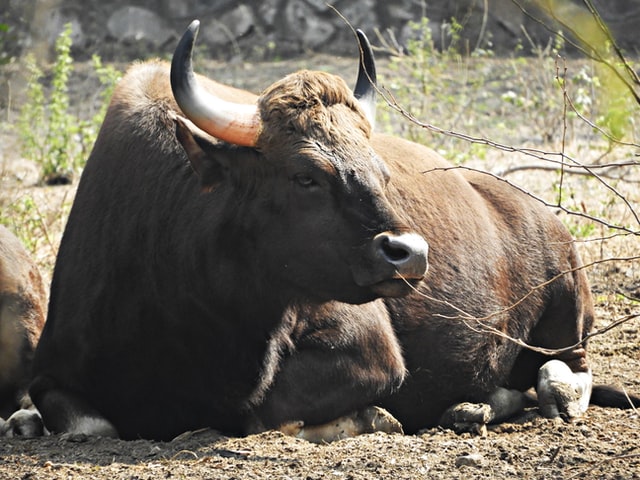 Australian saltwater crocodile keeps the title for the heaviest among its species. It can weigh up to 2300 lb and grow to reach a massive length of 25 feet. Equipped with the most powerful jaws in the animal kingdom, they are surely to be feared. 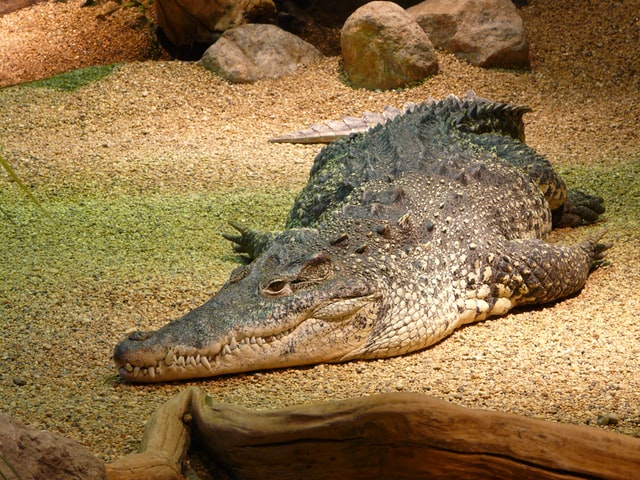 Native to Kodiak, Alaska this bear is the largest carnivore among the bear species. Weighing as much as 1800 lb, these mammoth bears can grow up to 10 feet. 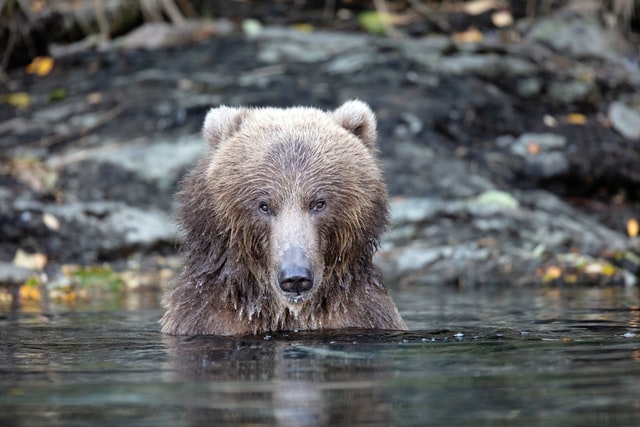 Make your own balance at home using an empty kitchen roll, a lid of an old shoe-box and glue. This is a perfect DIY balance scale for kindergarteners who are just learning the concept of weight.

Step 1: Using a ruler, mark the center on the shoe box lid. Draw a line running across the width at the center.

Let the assembly dry. Your DIY weighing balance is ready. To compare weight, place the balance scale on level floor. Next place the objects of different weights at the ends of the shoe lid to see what is heavier.

Compare the weight of an apple with an orange using this balance. Which one do you think is heavier? Does it match with the result on the balance scale?

This is yet another DIY weighing scale that does not require any tools and is much sturdier than the kitchen roll balance scale. Suited for children 5 years and above, this will give your children much practice of comparing weights. 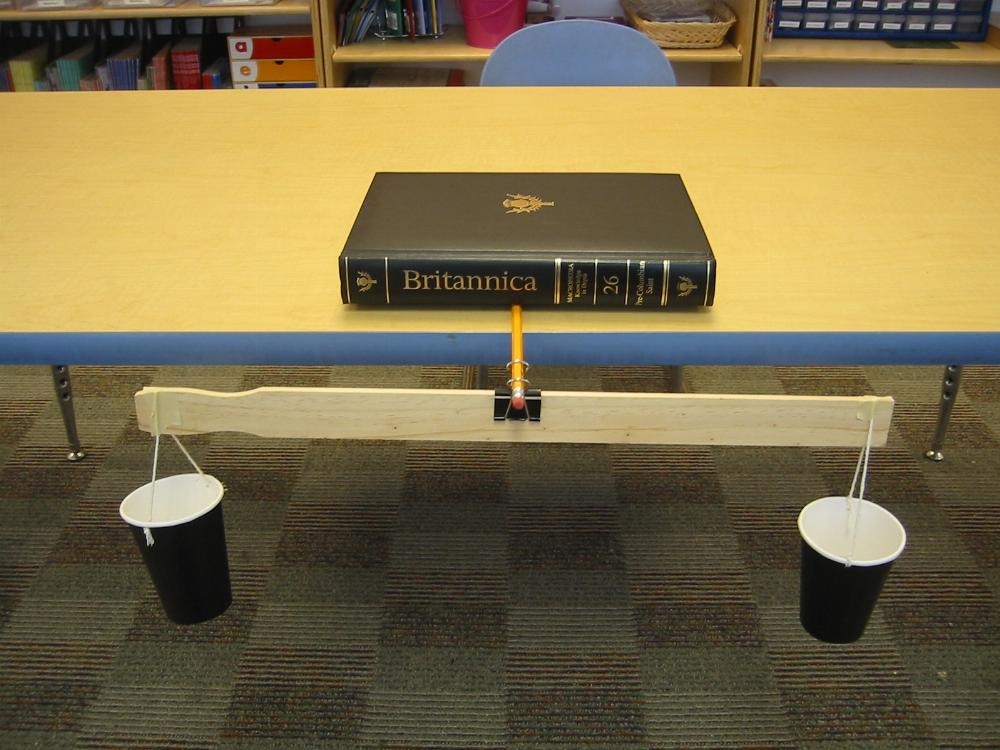 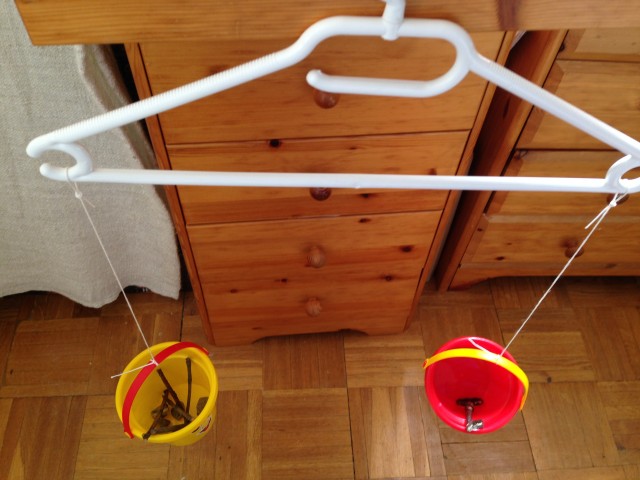 If the above DIYs are too easy for your child and you are looking to challenge them further, this DIY outdoor balance is perfect for your kid. A great engineering project for kids, this one is definitely more fun.

Another DIY balance that doubles up as an engineering project for kids, this one is suitable for older children.

1. On the Scale, a Weighty Tale

This wacky, funny book will teach your children a lot about weights and the units we use to measure it. Packed with goofy illustrations and peppy rhymes, this book teaches a scientific subject of weight in a light manner. 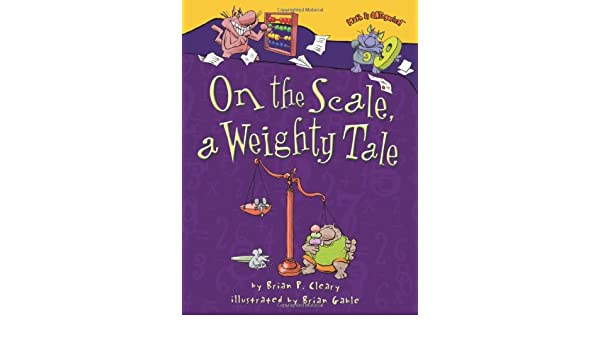 This is a tale of a fierce dragon and his questions about weight. When even grown ups are baffled with the questions, a little girl comes to help and saves the day. 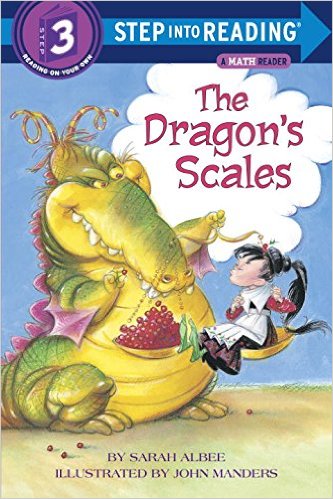 3. Me and the Measure of Things

This is a great book to teach children about measuring weights and how different units are used for different objects. 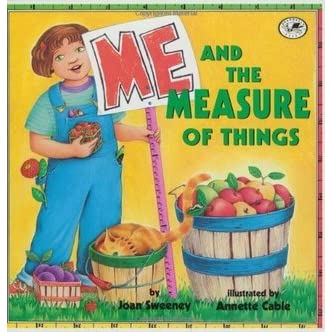 Take a fun lesson on the history of measurement with this lovely book. Beautiful illustrations with a delightful plot makes this book a must have to explore the world of measurement.